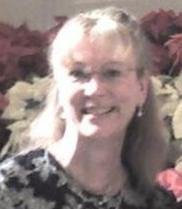 Barbara Retzko is the full-time Director of Choral Activities at Ridge High School in Basking Ridge, NJ where she leads the award-winning Ridge Chorale, Concert Choir and A Cappella Choir Honors. From 2000-2002 she served as Choral Director at the International School of Düsseldorf, Germany where her singers performed in Honor Choirs in Den Hague, Netherlands; Stavanger, Norway and Berlin, Germany. In May 2002 and May 2006, she was chosen as Guest Conductor for International Honor Choirs in Zurich and Basel, Switzerland. Barbara served for seven years as Associate Professor at Rutgers University (Douglass College campus), directing the Voorhees Choir.

Stateside, Barbara has served as Guest Conductor for the 1991 New Jersey All-State Chorus, the 2002 Independent School Choral Festival in Charlotte, North Carolina, the 1998 New Jersey Region II Mixed Chorus, the 2008 Sussex County Chorus, the 2009 Region II Women's Choir and the 2011 New Jersey All-State Women's Chorus. She received the Governor's Teacher Award for Teacher of the Year at Ridge High School in 1998 and the first Excellence in Arts Education Award from the Somerset County Cultural & Heritage Commission in 2005. She was named Master Music Teacher 2008 and received a Distinguished Leadership and Service Award in February 2015 from NJMEA. She has traveled with the American Music Abroad RED tour to Europe during the summers of 1998, 1999, 2006 and 2011.

She is a member of the National Association for Music Educators (NAfME) and serves on the state board of the New Jersey Chapter of the American Choral Directors Association (ACDA) representing Repertoire & Standards for Women's Choirs. She is also currently serving the New Jersey Choral Procedures Committee as Historian.

Barbara is at home in Bernardsville with her husband, Rick.